The Value of Vulnerability 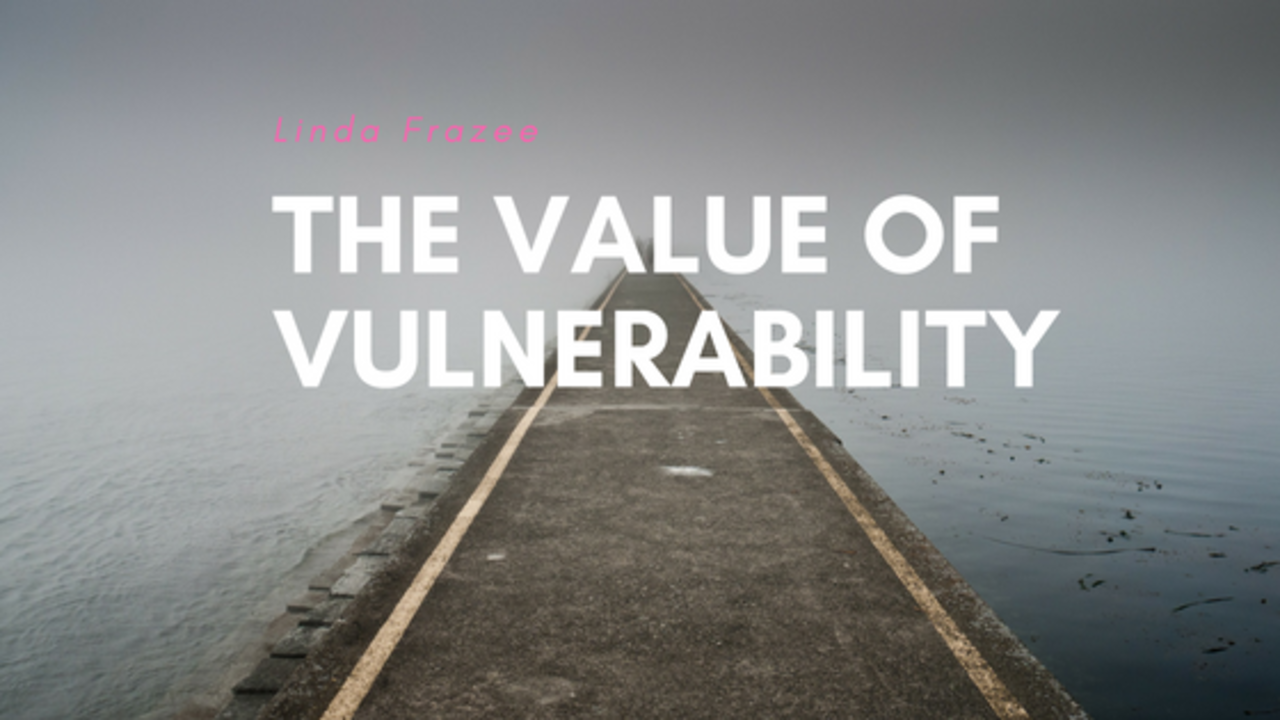 The Value of Vulnerability

I have come close to dying five times, in my 7 decades on this planet.

Until my latest brush with death, I had never actually counted them. Nor had I connected how similar they were in some ways, and how very different they were in others.  I had also never really reflected on how each of these episodes had  shaped the way I chose to live my life, after experiencing them.

The first time, I was only 4 years old.  Enjoying the first tastes of independence, I raced my tricycle down the sidewalk, to the end of the block in our old neighborhood.

Somehow, after meeting the end of the street, I ended-up head first in a deep ditch of  mud and water.  Undoubetdly, I was a panic-stricken little girl  and would have drowned in that ditch, had it not been for the neighbor girl that had witnessed my plunge. She yanked my head out of that hole, and saved my life that day.

Fast-forward 18 years to the second time I nearly died, at 22 years old.  While delivering a baby, I started hemorraging profusely, and was close to death in ICU, not expected to emerge.

In both those cases, I didn’t realize until afterwards, how precarious my very existance could be.  These were close calls. I was too young, at 4 to even have to worry about life, and death, such things. And even at 22, not only had a I lost a child, but I nearly lost my own life, too early on.

Many years later, while driving through the beautiful Colorado backroads, I hit black ice on Wolf Creek Pass, and fishtailed, spinning out of control in an area where there was no guard rail.

I will never forget the horror on a road workers face, as they salted the road and watched my car careen toward certain disaster. The car finally stopped so close to the edge, that my passenger had to get out on the driver’s side of the car!

By then, at the age of 34 I knew it was a miracle that my life had been spared.  I thanked  God,  and wrote a poem as soon as I could. I was in enormous gratitude, just to be alive.

The fourth incident occured 6 years later, at the age of 40, while rafting down the Arkansas river with my son, and some friends. As we sailed through the rapids, I was knocked out of the boat by an oar. As timing would have it, the rapids were intense, and I was trapped under the boat in a whirlpool. It was a terrifying experience, and I am not sure I have ever felt so helpless, scared I would drown right then and there. Luckily, I was pulled out and rescued.

This last time I skirted death, was quite different than all the rest. It may not be as dramatic a story, but this may have been the closest yet to death I've come.

My analogy is, that there I was, walking happily down the street, minding my own business. Then, I was abruptly clubbed over the head, thrown into the back of a van, kidnapped, and dropped off in the middle of the desert in July.

No, I wasn't actually kidnapped and beaten, but that is how it felt. Life, as I knew it, has been completely disrupted.

My body was being attacked by an unknown virus. And the virus was winning- a slow and arduous, eminent victory.

Because it went on for weeks I was able to ask myself the questions I have asked of so many of my previous clients with catastrophic diseases:

Do you want to live, or prepare to die?

Surprising enough, most people don’t know the answer to that question. For me, I knew I wanted to live.  I thought of all the things I still wanted to do. What came up first were not grand things. It was things like going to my granddaughter’s wedding next March. I want to play canasta. I want to sit on my back deck and watch the sun go down, while holding my husband’s hand.  I want to get a kitten (keep those 9 lives going). I want to spend more quality  time with my grown children, grandchildren and friends.

And I knew I was not through with my work here on earth.  Right now I feel like I have a new beginning, for which, again, I am most grateful.

This is what I know about my experiences and the meaning I have assigned to them; For whatever reason, my time for departure was not on any of those previous five occasions.  I believe they all were wake up calls that needed to be heard and honored.

Every time, even when I was four, there was a call to action.  For instance, the call at four was to be a more careful trycycle driver!

But 30 years later, there I was, driving up a dangerous mountain pass, without chains on the car tires. Risk taking was a major part of the first four incidents. Discernment was not my top priority.

And this last attack, by the unknown virus, was, I believe, in part because I didn’t heed my intuition.  I will never know that for sure, but it feels like my mind, body, spirit truth. So, in a very different way, I took another risk by ignoring my intuition, andI paid the price.  Does that mean I will give up taking risks altogether?  Absolutely not, nor would I advise anyone else to do that either!

But I will add an equal amount of discernment, and intuitive wisdom to my risks in the future. That is my current call to action.  And the interesting part of that call, is to have LESS ACTION!

Only in the quiet, by myself, whether in meditation, or simply sitting in the silence, doing nothing between the finished and the next task, can I catch up and sink into the voice of my own discernment and intuition. I invite you to experience that same practice.

This is what I hope you will take away from my story:

Call a friend, reach out to someone new, visit an event of interest.  Halt all unneccesary activity and create some time to do what you want to.  Most of what brings us joy is simple, like petting our pet, or just relaxing on the porch with a good book and a loved one. Your body and your mind need to hold still in order to balance.

Sometimes you may wish you just had time to: organize your closet, clear off your desk, read a book, watch a movie or any number of simple things that you seldom take the time to actually do. Pick one and do it.  If you have to break it into smaller pieces to get it done, do that. Those are all personal things that can bring a sense of order and satisfaction and reduce chaotic thinking and feelings of overwhelm.

Life is short, each moment is a gift, like the many sides of a jewel. It is not too late to begin the practice of taking time to be, feel and appreciate simplicity.

Free 5-Video Series: What is the Enneagram Anyway?

I am delighted to introduce you to a personality system that goes beyond behavior.  Discover what is really running the show and how to harness your motivation for more success and satisfaction in every area of your life!

I am looking forward to staying connected. I respect your privacy and will never share your information. If you prefer to call me direct, please call 602-686-6313.